This event is not an H.S.A. event. We are spreading the word to our readership. 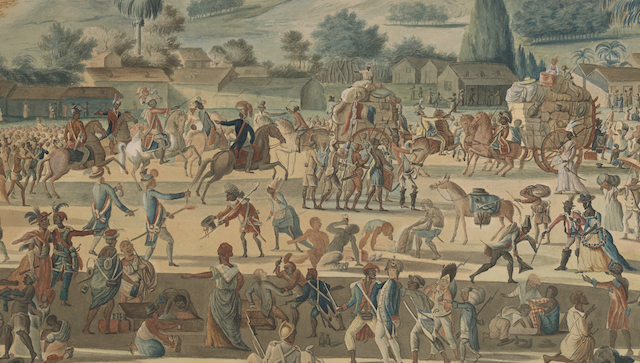 History, Journalism, Haiti: Reflections on the New York Times “The Ransom” Series will bring together the NYT team with several historians of Haiti, both based in Haiti and elsewhere, to talk about the opportunities and the processes for making complex history into news. “The Ransom” series investigated the deep history of Haiti, its liberatory Revolution and the extortion of its resources over centuries. The series, which consulted scholars and included a lengthy bibliography of source material, prompted international action and commentary. It also offered a wonderful case study of the role of investigative journalists, historians, and other scholars in making history news.

Co-convened by the John Carter Brown Library and the Karsh Institute for Democracy at the University of Virginia.

Laurent Dubois, Director of Academic Affairs at the Karsh Institute and Professor of History at the University of Virginia

* Subject to availability due to travel