The University of the West Indies, Mona - Independent Scholar

Marie-José Nzengou-Tayo (PhD) is an independent scholar, retired from The University of the West Indies, Mona, Jamaica. A specialist in French Foreign Language Teaching and a Researcher in the Literature and Culture of the French-speaking Caribbean, she chaired the Department of Modern Languages & Literatures (2005-2011). In 2004 she received the French order of the Palmes académiques (Chevalier). She is a past President of the Haitian Studies Association (2005-2006), and the recipient of two Principal's Awards for Research in 2016 for her co-authored article with Elizabeth (Betty) Wilson "Translating the Other's Voice: When is too Much, too Much." and 2014 for her article "The Haitian Short-Story: An Overview" (Journal of Caribbean Literatures, Vol. 6:3). She is currently a Co-Book Review Editor for The Journal of Haitian Studies and a free-lance interpreter and translator.

Beaudelaine PIERRE is a journalist, scholar, and novelist who writes about her native Haiti and her adopted Youwès. She is the author of the award-winning collection of essays and stories You May Have the Suitcase Now (New Rivers Press, 2021), the co-editor of the trilingual anthology How to Write an Earthquake / Comment écrire et quoi écrire / Mou pou 12 Janvye ( AHB, 2011) and the author of the novels Testaman (Bon Nouvèl, 2002), La Négresse de Saint-Domingue (Harmattan, 2010), and L'enfant qui voulait devenir president (Harmattan, 2012). 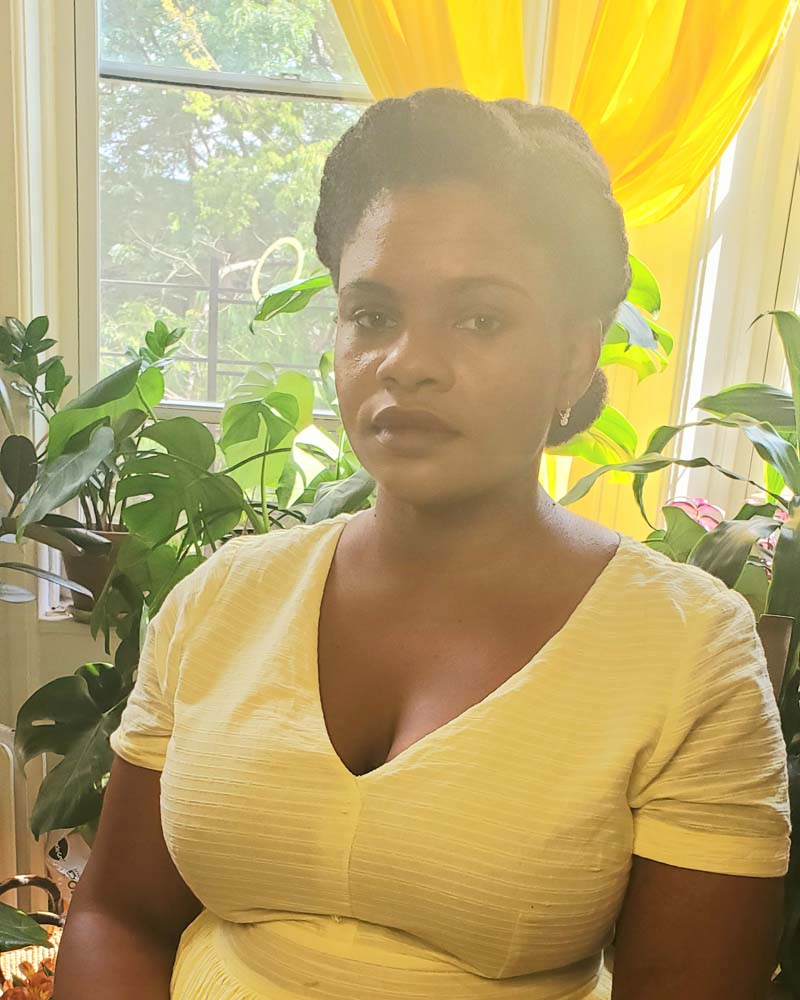 Grégory Pierrot is an associate professor at the University of Connecticut at Stamford. His research focuses on Black literatures and on the global cultural impact of the Haitian Revolution. He co-edited with Marlene Daut and Marion Rohrleitner Haitian Revolutionary Fictions: An Anthology, forthcoming at UVA Press. He has also authored several articles on Haiti, most recently "Juste Chanlatte: a Haitian Life," Journal of Haitian Studies 25.1 (2019): 86-112.

Nadine Pinede is the daughter of Haitian exiles from the Duvalier dictatorship. She earned her literature degree from Harvard (magna cum laude) and studied French and English at Oxford, where she was a Rhodes Scholar. Her MFA is in Fiction and Poetry. Her PhD in Philosophy of Education focused on literature and the moral imagination. Pinede, twice nominated for a Pushcart Prize and shortlisted for a Hurston-Wright award, has to her credit fiction and poetry published in Haiti Noir (edited by Edwidge Danticat) and An Invisible Geography, a poetry chapbook. She is the author of two nonfiction works Sexism & Race, and Women in Film. As a member of the Authors Guild and Women Writers of Haitian Descent, her poetry has been widely anthologized. Nadine lives and works in Belgium and is an editor for Enchanted Lion Books.

Dr. Jean Y. Plaisir is a tenured full professor in the Teacher Education Department at Borough of Manhattan Community College of the City University of New York. He teaches course loads in early childhood and childhood education. Professor Plaisir has been involved in national, international, and intercultural research projects focusing on men's decisions to teach young children. He also has a research focus on the academic achievements of under-represented students in higher education systems. Dr. Plaisir endeavors to use empirical research evidence to gauge policy and inform practice about social justice, equity, and inclusion in educational institutions.

Heather is a PhD candidate in the Department of Anthropology at the University of California Santa Barbara. Heather's dissertation research is a mixed methods ethnographic study of the ways that local communities in rural Haiti understand and interact with international aid organizations in the context of ongoing disasters. This project focuses on the food and agriculture sector, particularly local perceptions of the relationships between international aid and food systems. The research for this project is sited in several small communities in the Grand'Anse region in the southwest of Haiti. This area has, until recently, relied almost exclusively on local agriculture and fishing as its primary sources of livelihood. Heather's previous ethnographic work in this region suggests that rural agrarian livelihoods are intimately connected to food security and to corresponding local understandings of human and environmental health and well-being. However, the local food system has been profoundly disrupted as the landscape has been altered by the emerging threat of climatic disasters and the subsequent influx of international actors.

I am a Visiting Assistant Professor of Africana Studies at Davidson College. My doctoral work centered on a coalition of social movement organizations calling for an end to the ongoing "non-governmental" occupation of Haiti. I am interested in the construction of neocolonial nationalist ideologies and collective identities in relation to race and class, gender and sexuality, education and language and religion. I am currently working on my monograph entitled Development Contested in Occupied Haiti: Social Movements, NGOs, and the Evangelical State and have published in academic and political journals like Women's Studies Quarterly and Commune Magazine. I have also served as an organizer with land and housing rights organization Take Back the Land-Miami and am presently the International Coordinator for Community Movement Builders.

Biography of Marc PROU, Director of Innoved-uniQ Dr. Marc Prou is the Director of InnovEd-UniQ, and affiliated faculty member with the Faculté des Sciences de l'Education (FSED) at Université Quisqueya since 2016. Prior to that between 1997 and 2016, Professor Prou held a tenured appointment as Associate Professor in the department of Graduate Applied Linguistics and the Department of Africana Studies at the University of Massachusetts Boston. He was the Director of the Haitian Language and Culture Institute, and also a co-founder the Haitian Studies Association (HSA). From 2004-2005, Dr. Prou was a recipient of a book fellowship awarded by the David Rockefeller Center for Latin American Studies at Harvard University. In 2006-07, Dr. Prou was a Visiting Associate Fellow at the Center for Latin American and Caribbean Studies at Brown University where he lead the development of a Haitian Creole Language and Culture curriculum. His research interests place special attention on language education, Curriculum reform and program evaluation, as well as social and cultural history, migration and Diaspora. Dr. Marc Prou is the author of numerous scholarly articles related to linguistics and education in Haiti, and the Caribbean that have appeared in peer-reviewed journals, and also book chapters in edited texts in the social sciences and humanities. During the past four years, the thrust of Dr. Prou's work has focused greater attention on finding ways to help improve teacher education and the quality of schooling in Haiti.

Dr. Guitele Jeudy Rahill, Associate Professor of Social Work in the College of Behavioral and Community Sciences at USF, received her Ph.D. in Social Welfare from Florida International University, where she was a Presidential Fellow. Her research interests include interactions among traditional norms, health beliefs and practices, biopsychosocial conditions, geographical disasters, and structural violence, as they impact domestic and sexual violence, psychological trauma, biological illnesses and family system disruption among underserved populations. Accordingly, her research activities involve adapting Evidence-Based health and mental health interventions such as Haitians in Haiti and in the Diaspora. She accomplishes her objectives in collaboration with her esteemed colleague Dr. Manisha Joshi, Haitian community members in Haiti and in the U.S., and health providers in both settings. The aim is to increase the uptake of Evidence-based interventions to Haitian populations via contextual adaptation, implementation and dissemination. She has several published works in the American Journal of Public health, the Journal of Affective Disorder, the Journal of Ethnicity and Health, the AIDS journal, the Disasters Journal, and the Journal of Health care for the Poor and Underserved. She has been honored with several research and service awards, including awards for research excellence and outstanding mentoring.