The University of Miami - Assistant Professor

Cae Joseph-Masséna is an Assistant Professor of Comparative, Cultural and Francophone studies in the department of Modern Literature & Languages at the University of Miami. Her recent work focuses on contemporary Haitian women writers. She obtained a Ph.D. in Modern French and Francophone Studies from the University of Maryland, College Park, and a Ph.D. in Comparative Francophone Studies from University Paris-Est, France. A trained Jazz Vocalist and Berklee College of Music alumnus, her research focuses more broadly on the entanglement of voice, music, ritual and sound in Black women's literary texts. Her research areas include comparative approaches to African diasporic literatures of the francophone Atlantic with an emphasis on Sound/Voice Studies, Haitian Studies and feminist queer of color critique. She is currently working on her first monograph entitled "Voicing Ezili: Afro-Sonic Feminism in Haitian Women's Fiction."

I am a part time lecturer of Haitian-Kreyol at Johns Hopkins University. My interests are many but my focus is to find a solution to Haiti's greatness. I believe the solution lies in the language. Haitian-Kreyol is the language of revolution and strength. If it was good enough to help defeat the great colonizers of the 18th century, it is good enough to get us out of the misery we find ourselves in currently.

Wilna Julmiste Taylor is a Haitian born actor, writer, producer and art administrator. She is an alumna of the Negro Ensemble Company in New York. She also studied acting at Rutgers University, The Wilma Theater and the Walnut Street Theater in Philadelphia. She earned a Bachelor of Arts in Psychology at Rutgers University and a Master of Science in Arts Administration from Drexel University. Ms. Taylor is currently the Assistant Director at the Curb Center for Art Enterprise and Public Policy at Vanderbilt University. She oversees all aspect of the Curb Scholars Program in Creative Enterprise and Public Leadership. She also leads the Creative Campus Initiative, and manages the Creative Catalyst grant awards. Lastly, she works with Nashville Metro Arts on the Racial Equity and Arts Leadership program. In addition to her role as an arts administrator, Ms. Taylor continues to write, produce and act. Her work often highlights her Haitian heritage, folklore, and Afro Caribbean and Black cis women lived experiences. Her work has been produced at venues such as the Manhattan Repertory Theatre, the National Black Theater Festival, New York International Fringe Festival, and the Edinburgh Festival Fringe in Scotland. Ms. Taylor has also been published in the 25th-anniversary volume of the Caribbean Writer where she was noted as an "emerging Haitian-American voice".

Chelsey L. Kivland is an assistant professor in the Department of Anthropology at Dartmouth College, where she writes and teaches about street politics, insecurity, and social performance in contemporary Haiti and the broader Caribbean. She is the author of Street Sovereigns: Young Men and the Makeshift State in Urban Haiti (Cornell University Press, 2020), which analyzed the potential and challenges of organizing politically in urban contexts characterized by poverty, insecurity, and governmental neglect. Her current project explores changing notions of citizenship, statehood, and the social contract through an ethnography of the global regulatory regime of criminal deportation, as manifested between the United States and Haiti.

I am a 6th year PhD Candidate studying development economics and political economy with a particular interest in institutional formation in weak states and ungoverned spaces. In my research, I combine my networks and years of experience working as a humanitarian and development professional with my broad educational background, knowledge of theory and training as a microeconomist to conceive of, design, fund and implement novel randomized controlled trials (RCTs). I similarly identify, access and employ relevant administrative data sets both in service of RCTs and to exploit quasi-random policy variations for causal identification. I work primarily in collaboration with and in support of local government and civil society partners, and I strive to conduct experiments at-scale while minimizing deviations from normal operations.

Executive Director of the Haitian Cultural Foundation; board member of Le Musée d'Art Haïtien. My area of expertise includes social advocacy and political analysis. Since 1988, I have been an avid art collector and specialist on Haitian culture with academic and intellectual collaborative work on the subject of Haitian art and Vodou (Lectures, seminars, documentary film, curatorial work and events...). In 2003, I started servicing journalists and have since worked, at times intensively, with international medias and professionals as a fixer or local producer. 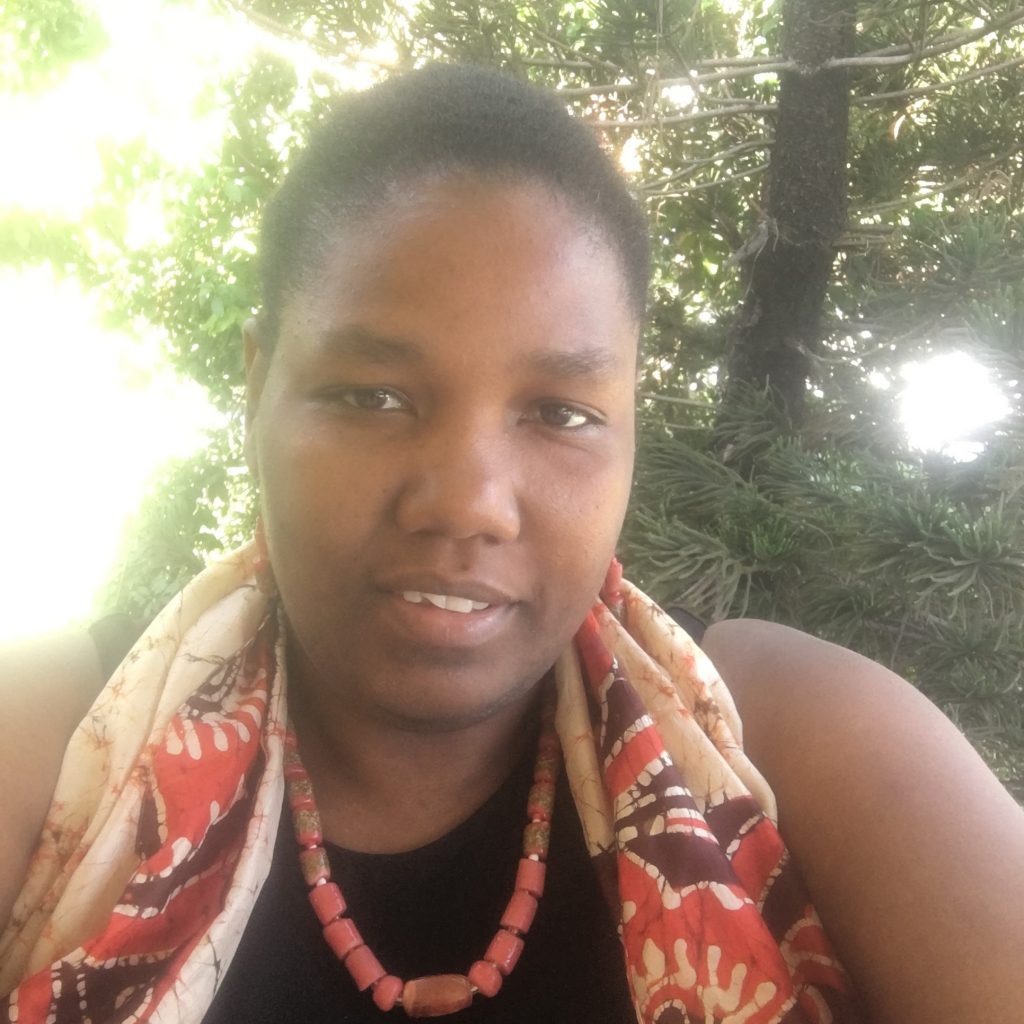 Sabine Lamour received a Ph.D. in sociology from Université Paris 8 in 2017. Since 2005, she has been working with Haitian women's organizations as a feminist activist and an independent consultant at both urban and rural level. She teaches courses at l'Université d'État d'Haïti (UEH) since 2012. Since 2017, she is the national coordinator of Solidarite Fanm Ayisyèn-(SOFA). She is interested in topics such as gender, slavery, family dynamics in the Caribbean, and Haiti's political system. In 2018, Lamour co-published a book titled: Déjouer le Silence: Contre-discours sur les Femmes Haïtiennes with Edition Remue-Ménage.

Evelyne Laurent-Perrault is an Assistant Professor in the History Department at the University of California Santa Barbara. She holds a Licenciatura degree in Biology from the Universidad Central de Venezuela (UCV) and a Ph.D. in History of the African Diaspora from New York University (NYU). Her areas of study are African Diaspora Epistemologies, more in particular Black Women's Intellectual Contributions to Modernity, and Spanish speaking Latin America's narratives regarding Haiti that emerged during the nineteenth century.

Interests: Medicine / Public Health
Open to talking with: Anyone