Nancy Herard-Marshall is a Haitian-American dance/movement therapist and authentic movement practitioner living in New York City. She is the owner and psychotherapist at Gaya Healing Arts Center, a private practice in Harlem, NYC. Nancy earned her B.A. degree in Multicultural Dance and Theatre in Education at Empire State College in New York, NY and her M.S. degree in Dance/Movement Therapy from Pratt Institute in Brooklyn, NY. As a dance/movement therapist she has clinical experience working with diverse populations such as inpatient acute psychiatric care, outpatient co-occurring addiction and mental health conditions, HIV/AIDS and chronic illness, special needs populations, and behavioral disorders. She has worked with individuals suffering from schizophrenia, bipolar disorder, anxiety, autism, ADHD, depression, sexual abuse, dementia and Alzheimer's. Ms. Herard-Marshall has over 30 years experience in the arts giving her a complete and rounded background in the arts and mental health. Nancy specializes in addressing race-based trauma and its compounded affects on the lives of her clients. She is currently a board member, ethics committee member and arts project member at the Faculté de Travail Social et de Justice Sociale/College of Social Work and Social Justice (FTSJS)located in Bon Repos, Haiti. At Pratt Institute, she is a curriculum consultant for the Creative Arts Therapy Department assisting in dismantling and decolonizing the program by de-centering western psychology and introducing African-American and African-based psychologies. Nancy is also an active member of the American Dance Therapy Association (ADTA) and The Association for Black Psychologists (ABPsi).

Josiane Hudicourt-Barnes has been a teacher, teacher trainer, administrator, and researcher in the field of Haitian Kreyòl, bilingual education, and language and cognitive development. She studied psychology at the InterAmerican University of Puerto Rico in San German, Creole Linguistics at Indiana University in Bloomington, and Language Development at the Harvard Graduate School of Education in Cambridge. She is one of the founding members of the Haitian Studies Association. Her research is about the type of thinking and language skills students from diverse cultural backgrounds bring to learning situations. Her scholarly publications center on connecting classrooms work to funds of knowledge students bring from their home and culture. Her work with the Chèche Konnen Center at TERC has been published in the Harvard Educational Review, the Journal of Research in Science Teaching, and several edited volumes on science discourse and assessment. In Haiti she has been a consultant on education at Fokal and the Open Society Foundation, and an advisor to Prime Minister Michele D. Pierre-Louis and to the USAID education office. She is currently and independent consultant and researcher.

The University of Tokyo (Japan) - a doctoral student

I'm writing a PhD dissertation about Haiti under U.S. occupation 1915-1934, focusing on the public health policy and vodou. 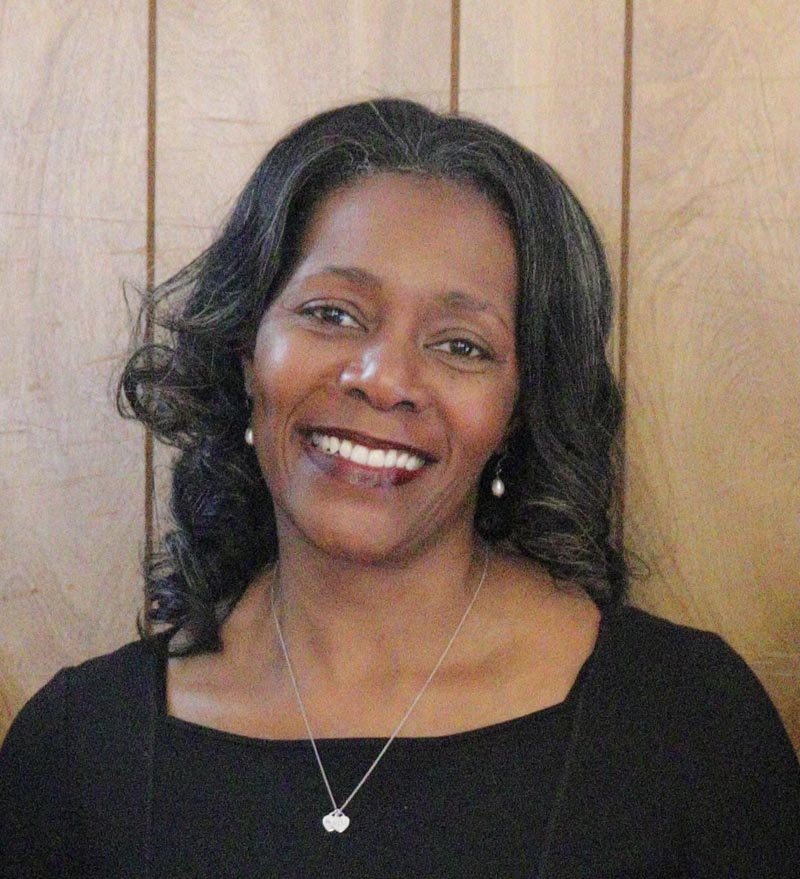 Professor Jackson is a migration scholar, whose teaching and research focus on American immigration, the Haitian diaspora, Caribbean and African immigrants in the U.S., and place/urban studies. She has received grants and awards from the American Sociological Association, Social Science Research Council, Radcliffe Institute for Advanced Study, Ford Foundation, Spencer Foundation, and the National Endowment for the Humanities. Before joining the faculty at Agnes Scott, she taught at Emory University and the University of Richmond. Her current research focuses on Haitian émigrés in postcolonial Africa and on African and Caribbean immigrants in the (new) South.

Erica Moiah James is an Art Historian, Curator and Assistant Professor at The University of Miami. Her research and writing centers on indigenous, modern and contemporary art of the Caribbean and the African Diaspora. Select publications include Charles White's J'Accuse! and the Limits of Universal Blackness (AAAJ, 2016); Every N***r is a Star: Re-imaging Blackness from Post Civil Rights America to the Post-Independence Caribbean (Black Camera, 2016), Decolonizing Time: Nineteenth Century Haitian Portraiture and the Critique of Anachronism in Caribbean Art (NKA, 2019) and numerous curatorial essays including "The Black Sublime: Rene Pena's Archangel, 2018" (SX 2019), Ricardo Brey's "Adrift"(MER, B&L, 2019) and "Theriantropic Beasts: The Mystic Revelation of Tomás Esson" (ICA 2020), "Edouard Duval Carrié: Historical Retelling and the Postmodern Baroque" (Bass Museum 2020) and "Didier William: The Rule of Perfect Certainty" (2020). Her forthcoming book is entitled After Caliban: Caribbean Art in the Global Imaginary. Before arriving in Miami, she was the founding director and chief curator of the National Gallery of The Bahamas (2003-2011) and an Assistant Professor at Yale University. She is a 2019-2022 Research Associate at the Visual Identities in Art and Design Research Center, University of Johannesburg, S.A.

Kiran Jayaram is an Assistant Professor of Anthropology at the University of South Florida. From 2014-2017, he held a postdoctoral fellowship at the Université d'Etat d'Haïti (Faculté d'Ethnologie). He specializes in an anthropology of political economy, mobility, and education. Kiran has taught university-level courses in the US, Haiti, and the Dominican Republic. His work has appeared in several articles and book chapters, as well as two co-edited volumes, Keywords of Mobility (2016/2018) and Transnational Hispaniola (2018).

Interests: Education, Languages, Linguistics, Literature
Open to talking with: Anyone

Régine Michelle Jean-Charles is a Black feminist literary scholar and cultural critic specializing in Francophone Studies. An associate professor at Boston College, her scholarship and teaching on world literatures in French includes Black France, sub-Saharan Africa, Haiti, and the Haitian diaspora. She holds a BA from the University of Pennsylvania and an AM and PhD from Harvard University. She has received fellowships from the Ford Foundation, the Mellon Mays Foundation, and the Woodrow Wilson Foundation. She is the author of Conflict Bodies: The Politics of Rape Representation in the Francophone Imaginary (2014) as well as numerous essays that have appeared in edited volumes and journals such as American Quarterly, French Forum, the Journal of Haitian Studies, Research in African Literatures, Palimpsest, and Small Axe. She is currently working on two book projects: one on Black feminism and literary ethics in contemporary Haitian fiction and another on Haitian girlhood in literary and visual texts.

Interests: Languages, Literature, Women's and Gender Studies
Open to talking with: Anyone

Dr. Guy C. Jeanty is a licensed mental health counselor, licensed marriage & family therapist, and a Florida Supreme Court certified family mediator. He is the founder/CEO of Jeanty Counseling & Consulting, LLC. He specializes in couples therapy and the effects of PTSD on first responders. Dr. Jeanty conducts critical incident stress management for private and public organizations such as the U.S. Customs and Border Protection agency. As an educator, he has taught at Capella University and Carlos Albizu University. Dr. Jeanty is also a proud U.S. Army veteran.

Laura Dudley Jenkins is Professor and Graduate Director of Political Science at the University of Cincinnati. Her research and teaching focuses on social justice in diverse democracies, gender, and sustainable development.

I'm a PhD student at Universite Quisqueya (UniQ). I'm doing my research on the scientific productivity en economics and management. Since 2014, I'm working in the department of health at UniQ especially for the Master of Public health. I'm passionate by public communication that's why I am a member of two Toastmasters clubs: Amethyst for which I am the current president and MiSpeak which is a world class online meeting base in Ontario (Canada).

Interests: Scientific productivity
Open to talking with: Anyone 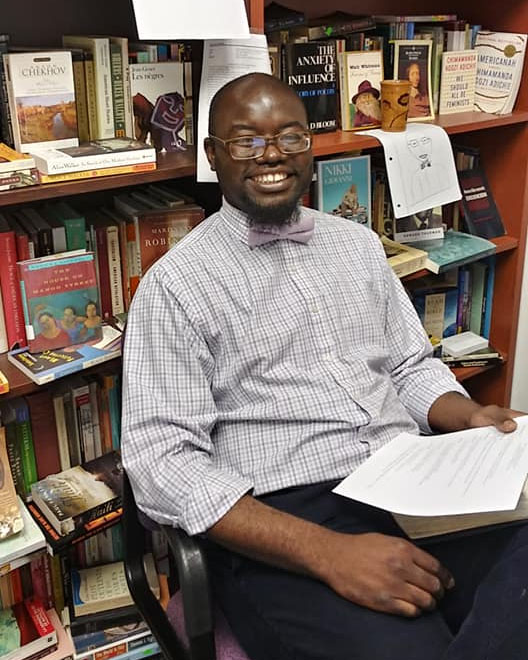 Celucien L. Joseph is an interdisciplinary scholar, researcher, and educator with a liberative intent. He is an associate professor of English at Indian River State College. He Holds a PhD in Literary Studies from the University of Texas at Dallas and a PhD in Theology and Ethics from the University of Pretoria (Pretoria, South Africa). He is the author of numerous academic books and peer-reviewed articles. His publications include Approaches to Teaching the Works of Edwidge Danticat (2019), Between Two Worlds: Jean Price-Mars, Haiti, and Africa (2018), Vodou in the Haitian Experience: A Black Atlantic Perspective (2018), and Thinking in Public: Faith, Secular Humanism, and Development in Jacques Roumain (2017). His books From Toussaint to Price-Mars: Rhetoric, Race, and Religion in Haitian Thought (2013), and Haitian Modernity and Liberative Interruptions: Discourse on Race, Religion, and Freedom (2013) received Honorable Mention at The Pan African International 2014 Book Awards. He is a member of the editorial board of Africology: The Journal of Pan African Studies. Dr. Joseph is the founder of Hope Academy de Bois d'eau, a school for impoverished families located in Port-Margot, Haiti.