Dr. Rebecca Dirksen is an ethnomusicologist whose whose scholarship reaches across the spectrum of musical genres in Haiti and its diaspora. Her research foci include cultural approaches to crisis, disaster, and development; sacred ecology, traditional ecological knowledge, and ecomusicology; and the performance of politics, resistance and revolution, and social justice. Her approach entails a deep commitment to applied, activist, and engaged scholarship. Dirksen is a tenured professor in the Department of Folklore and Ethnomusicology at Indiana University Bloomington, a founding member of the Diverse Environmentalisms Research Team (DERT), and co-PI on a Mellon Foundation Humanities Without Walls Grand Research Challenge titled "Field to Media: Applied Musicology for a Changing Climate." Dr. Dirksen is the author of numerous journal articles and the book After the Dance, the Drums Are Heavy: Carnival, Politics, and Musical Engagement in Haiti (Oxford University Press, 2020).

Nathan H. Dize is a PhD candidate in the Department of French and Italian at Vanderbilt University. He is the content curator, translator, and co-editor of the digital history project A Colony in Crisis: The Saint-Domingue Grain Shortage of 1789. With Siobhan Meï, he coedits the "Haiti in Translation" interview series for H-Haiti. He has translated poetry and fiction by numerous Haitian authors, including Kettly Mars, Charles Moravia, James Noël, Néhémy Pierre-Dahomey, and Évelyne Trouillot. His translation of Makenzy Orcel's The Immortals is forthcoming in November 2020 with SUNY Press.

Dr Rachel Douglas is Lecturer in French and Comparative Literature at the University of Glasgow. Her book The Making of The Black Jacobins: The Drama of C.L.R. James's History came out with Duke University Press in September 2019. She is also the author of Frankétienne and Rewriting: A Work in Progress (Lexington Books, 2009), as well as numerous articles and book chapters. She works on Caribbean literature, especially drama, history, and film with a focus on Haiti. Current Prince Claus- and GCRF-funded projects involve working with endangered archives at the Musée du Panthéon National Haïtien and the Archives Nationales d'Haïti.

Lauren Eldridge Stewart's research interests include the cultural uses of classical music, folklore, and material culture across the African diaspora. She is currently writing a book, tentatively titled "Recital: Classical Music and Narrative Power in Haiti," about the influence of global aid on the contemporary practice of classical music throughout that country. In the hands and voices of Haitians, classical music becomes a critical narrative force that shapes and describes local and global social worlds. Additional work traces the practice of sampling across genres with roots in the African American experience, including hip hop and gospel music. She has published in the journals Women and Music, Music and Politics, and the Journal of Haitian Studies.

GUERLINE T. EMMANUEL (BIO) Originally from Haïti but residing in New York, Guerline T. Emmanuel had a flourishing career as a Pharmaceutical Sales Executive. Though based in New York, Guerline and family frequented Haïti often. These vacations to Haïti always left her wanting to share Haïti's historical sites, landscapes, and culture. As the Co-Owner & Business Development Manager for Belle Vue Tours, a tour guide company offering historical and cultural excursions to Haïti, Guerline brings over 25 years of experience in the business management, marketing and event planning. She holds a Bachelor of Business Administration from Baruch College as well as an Event Marketing certificate from New York University. Her roles have ranged from Account Manager, Sponsorship & Event Marketing Manager to Sales Executive at companies such as JPMorganChase, American Express, Madison Square Garden and the United States Tennis Association.

Interests: Anthropology, History, Sociology
Open to talking with: Anyone

Yvonne Fabella is a cultural historian of the early modern French Atlantic world. Her current book project, The Character of the Creoles: Race and Privilege in Old Regime Saint Domingue, traces the legal and cultural construction of racial categories in the century before the Haitian Revolution.

Georges A. Fauriol is a Fellow with the Caribbean Policy Consortium and a Senior Associate at the Center for Strategic & International Studies (CSIS). He is a Think Tank Haiti (TTH) Steering Group member, a partnership of Université Quisqueya (Haiti) and the Inter-American Dialogue, and teaches at Georgetown University's Democracy and Governance Graduate Program. Fauriol retired in 2020 as Vice President, Grants Operations and Evaluation at the National Endowment for Democracy (NED), and served (2002-10) as Vice President of Strategic Planning, and Senior Vice President at one of NED's implementing institutes, IRI. Prior to 2001, Fauriol held a number of positions at CSIS, notably after 1992 as director and senior fellow of the Americas Program, and previously was also the assistant to the chairman of the Center's Board of Trustees. Earlier, Fauriol worked at the Foreign Policy Research Institute in Philadelphia. He has extensive international and cross-regional field experience, including election-related missions in Eurasia, Africa, Asia, the Caribbean, and Central America. He is widely published—in Foreign Affairs, Polity, and other journals—on Caribbean Basin politics, U.S. foreign and security policy in the region, and democratization dynamics. He has testified several times before U.S. congressional committees. Fauriol holds M.A. and Ph.D. degrees in International Relations from the University of Pennsylvania. 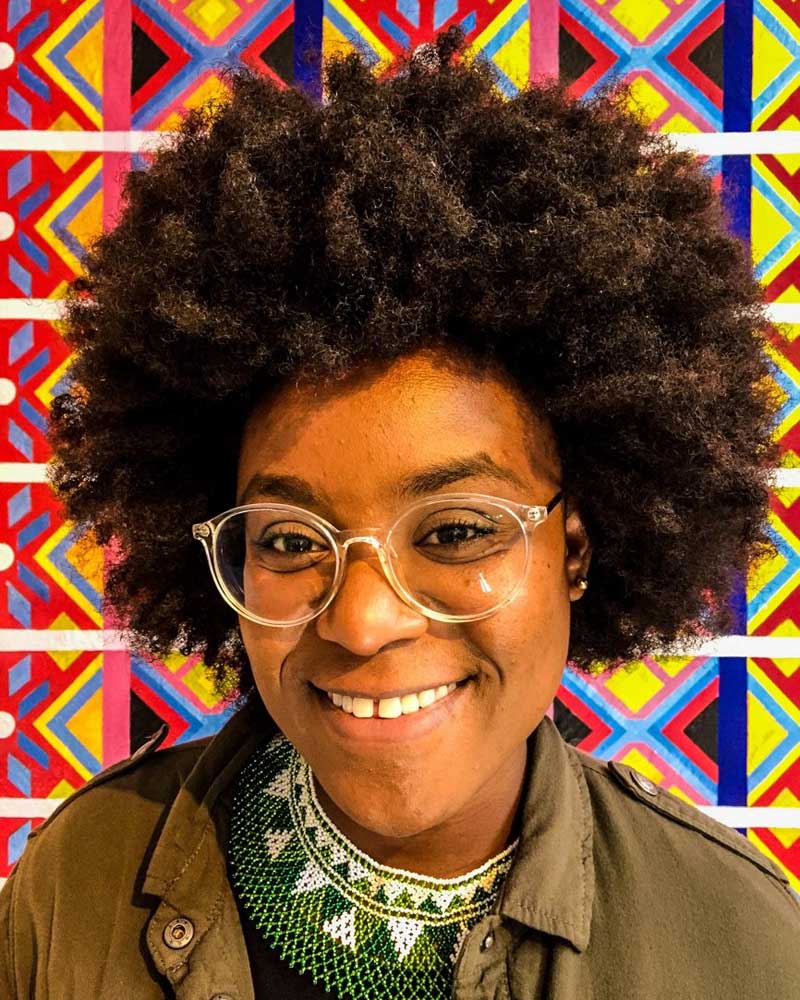 Crystal Felima is an assistant professor in Anthropology and African American & Africana Studies at the University of Florida. Her research interests and areas include ecological crises, governance, and neoliberalism in the Caribbean, specifically in Haiti. As a cultural anthropologist and feminist scholar in disaster studies, she surveys the ways humans shape their environment and explore the complexity and dimensions of risk and vulnerability. Felima is also co-series editor for the Berghahn Books' Catastrophes in Context series. She is a former NSEP Boren Fellow to Haiti, which supported her doctoral research on disaster risk and flooding in Haiti. Felima is also a former CLIR Postdoctoral Fellow in Caribbean Data Curation at the George A. Smathers Libraries at the University of Florida. She focused on the emerging trends and best practices in digital humanities, critical pedagogies, and e-scholarship in Caribbean Studies. Felima also has experience working as a federal emergency management specialist and geospatial analyst in Washington, DC.

Erica Felker-Kantor, MA, MSPH, PhD, is a global health social epidemiologist with expertise in medical anthropology, research design and methods, and social determinants of health. Erica received her doctoral degree from Tulane School of Public Health and Tropical Medicine. She also holds a Masters of Arts in Latin American and Caribbean Studies from the University of Florida and a Masters of Science in Public Health from Johns Hopkins School of Public Health. Erica has worked in Haiti since 2010 following the devastating earthquake. She received a graduate fellowship to study Haitian culture and language and is fluent in Spanish, Haitian Creole, and French and has worked primarily in Latin America and the Caribbean and Africa.

Interests: Medicine/public health
Open to talking with: Anyone

James J. Fisher is a PhD Candidate at Ohio University studying Senegambian politics, music, and cultural governance. He holds an MA from OU in History and a BA in Black World Studies and History from Miami University. His research deals primarily with popular culture, particularly hip-hop music, and intellectual history in the Black Atlantic. He has previously written on the intellectual thought of African leaders, such as Léopold Senghor and Thomas Sankara, as well as on the work of Martiniquais revolutionary, Frantz Fanon.