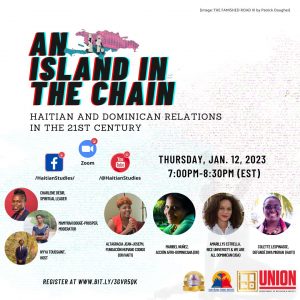 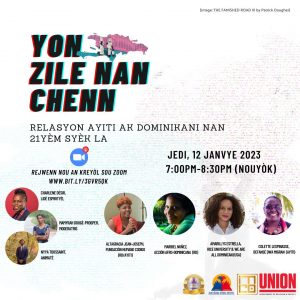 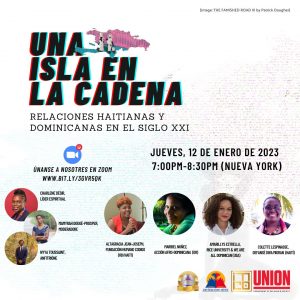 Traditional analyses of Haitian-Dominican relations accentuate the white supremacist anti-Black discourses and practices in the Dominican Republic that target “Haitian-looking” people. This panel will historicize Dominican state-sanctioned violence against its Black denizens by exposing its political and economic roots and the complicity of the U.S. and Haitian states. And most importantly, the panel will also showcase the resistance of organized groups on both sides of the island and their respective diasporas.

Featured on this panel are scholars and activists in the Dominican Republic and Haiti:

Charlène Desir of T.E.N. Global will open the event with a Vodou song, commemorating the anniversary of the January 12 earthquake in Haiti.

This panel is multilingual (Kreyòl, English and Spanish). Simultaneous interpretation will be available in all three languages.

A submission form should appear above this line. If nothing appears, please contact us for troubleshooting.