Dr. Paul Farmer, a great friend of Haiti has died 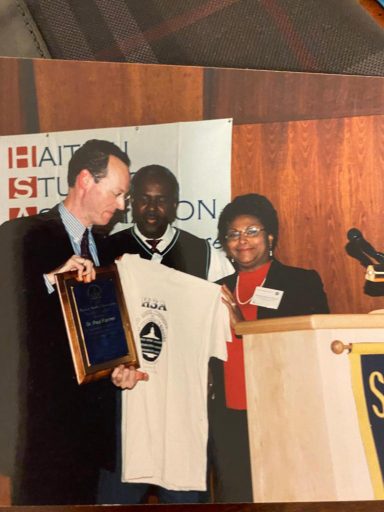 A Champion of the poor and health equity!

We honor the life of this extraordinarily generous physician who worked relentlessly to create more health parity in Haiti, in Rwanda and throughout the world. The organization “Zanmi Lasante” he created, his work in Cange in the Plateau Central, and the ultra-modern public Hospital of Mirebalais are among his most important gifts to Haiti.

Dr. Paul Farmer, who devoted his life to fighting deadly epidemics, has died. He was 62. (by Jacqueline Charles, Miami Herald)

For the Haitian Studies Association