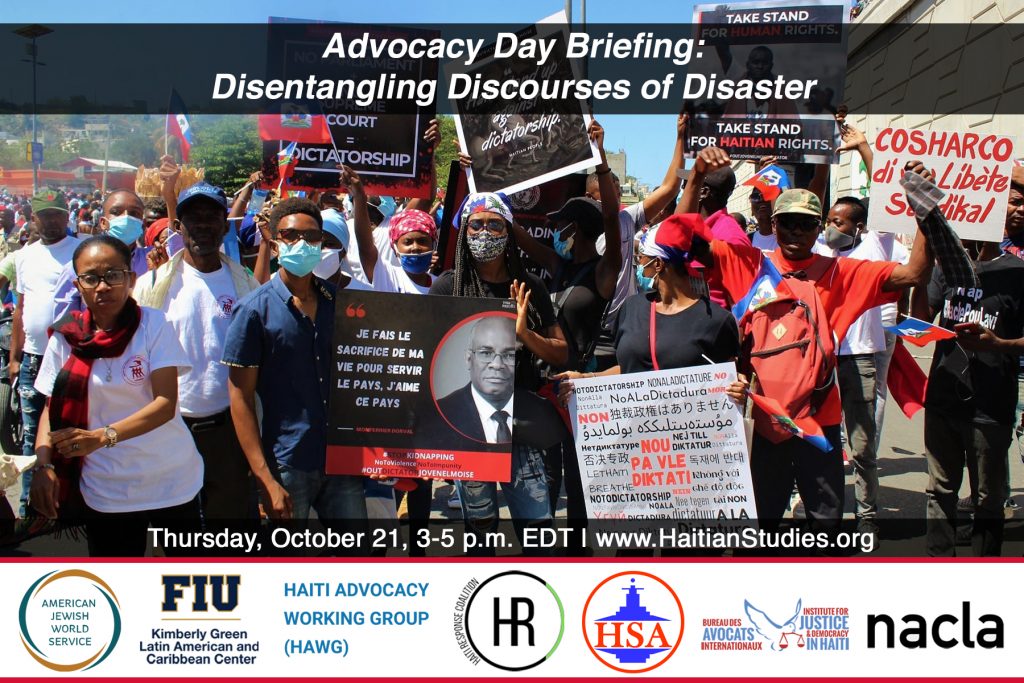 Free and open to the public

As part of a multi-day advocacy effort to bring up-to-date information and analysis from community and civic leaders in Haiti, this public briefing aims to educate and empower scholars, activists, journalists, aid practitioners, and policymakers. Even before the assassination of president Jovenel Moïse, organizations in Haiti engaged a process of reconciliation and dialogue in an attempt to assert Haitian people as the center of debates in reimagining the country and offering a democratic transition that would be diverse and inclusive. The July 7 assassination laid bare both the importance and fragility of this effort. A public briefing held two weeks later brought up the continuities of misrule and domination by both foreign and national elite interests.

As the case for popular sovereignty slowly gained traction in the weeks that followed, two earthquakes as powerful as in 2010 struck the south of Haiti on August 14. Outside Haiti, the public conversation either fused these crises in “exceptionalist” terms that denigrate the world’s first free Black republic or portrayed them as discrete, mutually unintelligible crises that are disconnected from foreign intervention. The aid response is a small fraction as in 2010, and aid, policymaking, and media agencies have expressed the need to do better and apply lessons learned.

Unfortunately another humanitarian crisis immediately followed with the violence against and forced removal of thousands of Haitian people seeking asylum in the U.S. mid September.

This panel offers timely analyses from a diverse group of leaders on the ground, including the earthquake impacted areas and the U.S. Mexico Border, that explores the common roots of these seemingly separate events, including the international community’s role in the problems. The panel asks hard questions about how to balance the need for a Haitian solution with the still quite urgent need for international assistance.